Does your dog deserve its own shower?

Does your dog deserve its own shower?

If you’re a dog lover then you might have an opinion about bathing your dogs. Trying to lift big dogs into bathtubs or squeezing them into a shower cubicle usually ends with everyone and everything getting wet and frustrated. The dogs don’t seem to mind though!

As a nation of dog lovers, we do everything we can to make our dogs lives better, but have you considered a doggie shower?  When homeowners renovate their bathrooms they don’t tend to think about making it easier to bath their dogs. There’s a new trend that’s sweeping the doggie world however, and it’s showers for our furry friends! 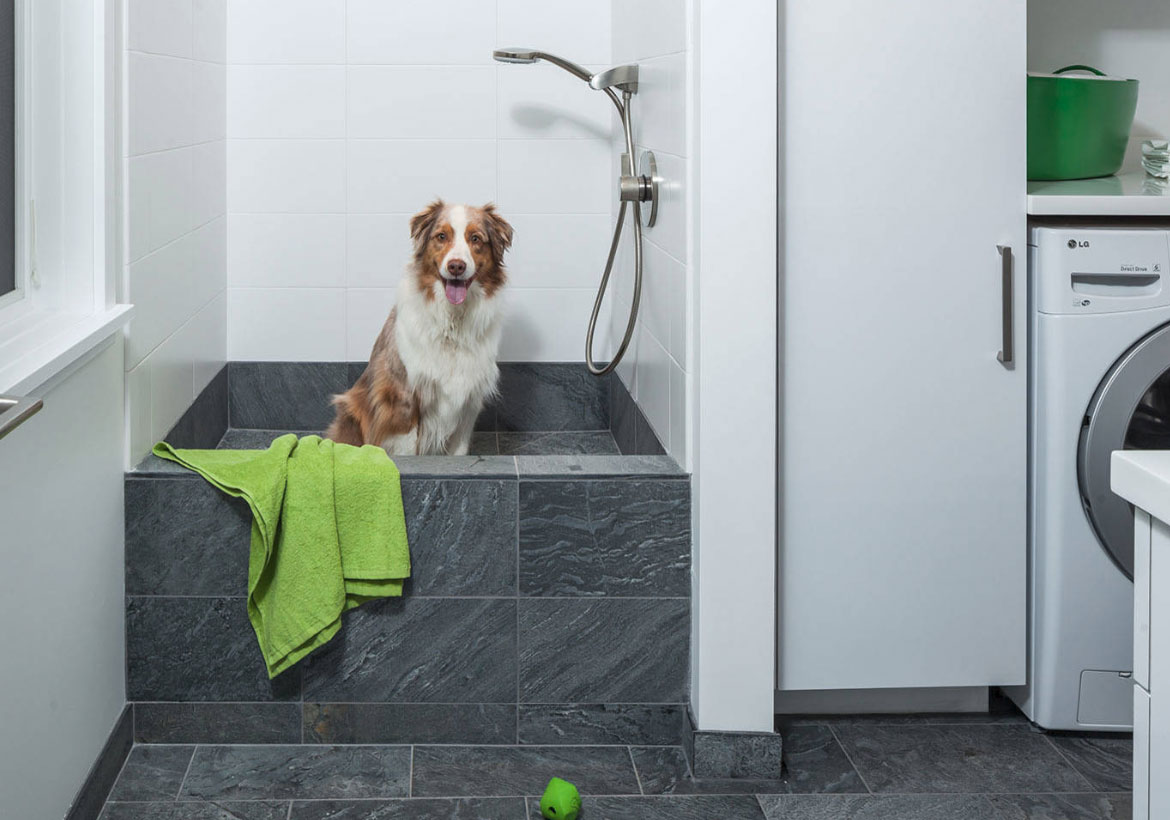 At the end of walk, when you are faced with a wet, muddy and very happy dog – what do you do? Most of us grab a towel and try to get the worst off before they traipse through the house, but a dog shower in the right place, makes everything so much easier. Dogs also don’t do well in tubs, because they keep trying to climb out, spreading suds and water everywhere. So you can appreciate why doggie showers are taking over the world!

Adding a dog shower to your home

You can include a dog shower in your bathroom during your renovations, but many dog owners slot them into their laundries or even into their garage. If you actually design the shower cubicle for your dog, you won’t have to bend over a tub breaking your back, because you can raise it off the floor.

Dog salons do just that – they raise the shower tubs off the floor to make it easier on their backs. You also have more control over your dog, because they can’t jump around as much, so it makes sense to do the same at home. A raised shower cubicle isn’t mandatory however, you can simply design a shower cubicle at floor level, but make it large enough for you to bath your dogs.

You also want the shower rose about three feet off the floor (so it’s easy to grab while still holding your dog) and a towel rack very close to the shower won’t go amiss! In fact, you can also install a hook on the shower wall to attach a short chain from your dog’s collar. This is ideal if your dog won’t stand still in the shower and definitely gives you more control of the situation. 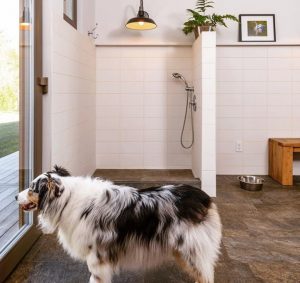 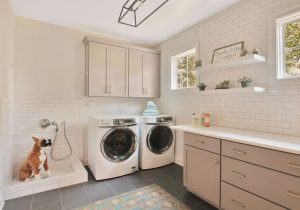 Adding a dog shower to your home isn’t very expensive, because you already have plumbing in the bathroom, laundry and often in the garage as well. Costs usually settle around a few thousand dollars, but can often be much less, particularly if you DIY most of the work.

If you are concerned that future buyers of your home might think it’s strange that you have a dog shower, don’t worry! If they are doggie parents they will love the idea, and if not, there’s plenty of ways it can be used to rinse mud, sand and other debris off boots and other items, before entering the house.

If you want help designing and installing a doggie shower in your home, call My Bathroom on 1300 842 736.